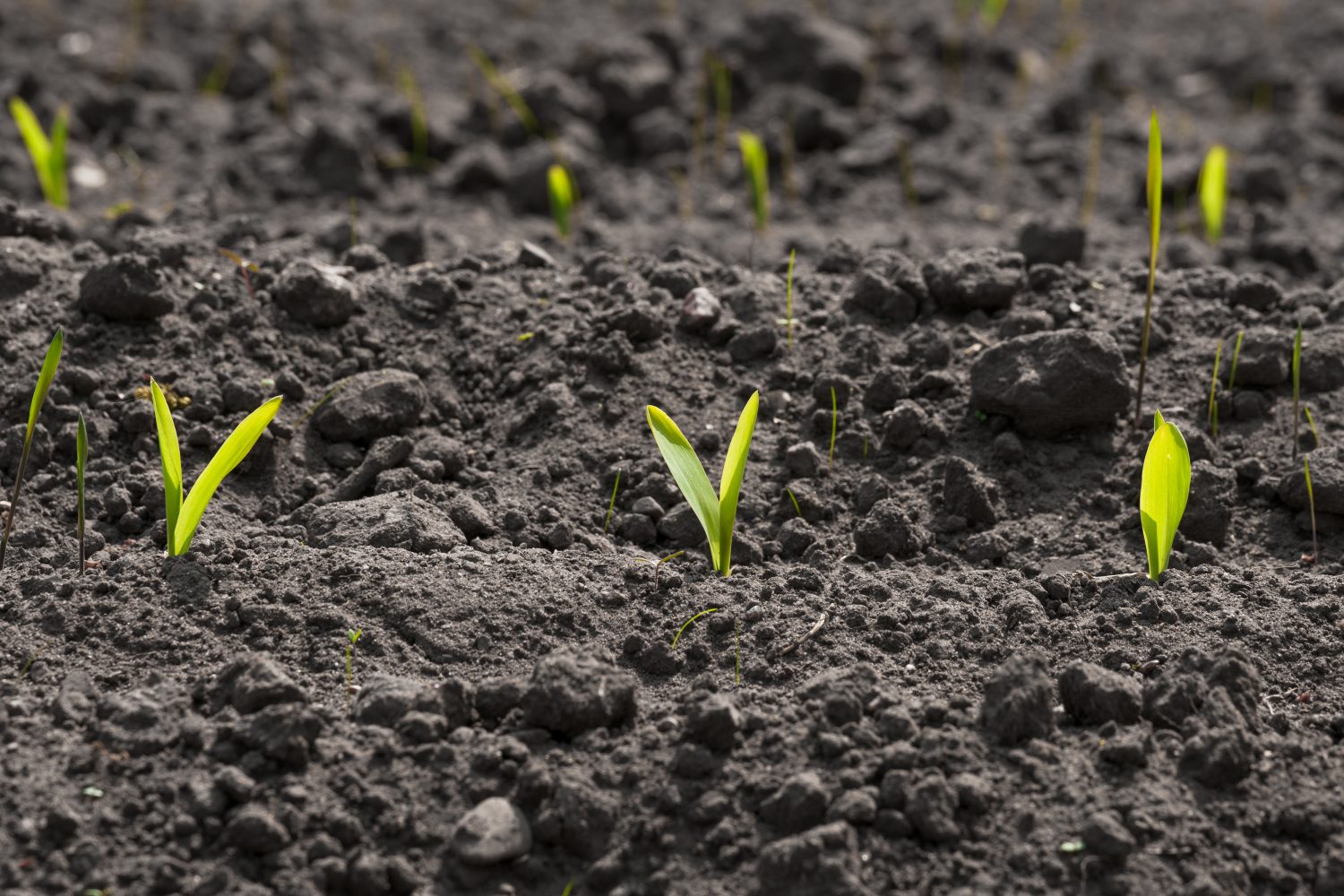 Nutrient-rich soils spoil corn—in fact, so much nitrogen is present in the soil, a function that would have made microbes fixate corn nitrogen has shut off. Ever since, farmers have applied ton after ton of nitrogen to the soil to ensure hybrids perform to their potential.

“Fertilizer is the lifeblood of which yields can be realized—it’s what makes discovering the genetic potential of the seed possible,” says Karsten Temme, co-founder and CEO of Pivot Bio. “At Pivot we’re trying to unlock the crops’ microbiome—we’re realizing there are microbes that are able to fixate nitrogen for corn, not just for soybeans.”

The company ran field tests on their new microbial product called On Technology in the Midwest in 2017. Yield results aren’t available yet so time will tell the true effect.

On Technology complements a farmer’s nutrient program—it doesn’t mean he can forego nitrogen application for the year.

Temme says the product will fill in nitrogen shortcomings throughout the season, which will be especially beneficial between nitrogen applications when the plant is at risk of running short. On Technology adds anywhere from 25 lb. to 50 lb. of nitrogen per acre.

The product can be applied as a seed treatment or in-furrow. Unlike rhizobia, which help soybeans fixate nitrogen, the microbials used in corn don’t create nodules. Instead the microbes surround the roots, grow with the roots and provide nitrogen at all parts of the root.

“We’re breaking new ground because any microbes that have the potential to fixate nitrogen in cereals just aren’t doing it in any meaningful way because of the nitrate in the soil now,” Temme explains. “Our technology interacts with those microbes and identifies, characterizes and fine-tunes microbes to realize their full potential—adjusting the genetic material naturally present in a microbe to increase nutrient uptake by the crop.”

The company says these microbials will not only fixate nitrogen but also increase yield by letting the crop take up more nitrogen when needed.

“Growers face a tough challenge because corn needs a lot of nutrients. The biggest problem is rate,” Temme says. “The rate that corn needs nitrogen is faster than the mineralization of organic matter. Supplementing with microbial nitrogen fixation can unlock a lot of yield potential.”

“Next summer is what will be the first version of our product—the ‘real’ commercial, generation one product, in the hands of growers and corporate partners,” Temme says. During field testing, the company will document what’s happening in the field, including visual differences in the plants and roots and yield differences.

Adding 25 lb. to 50 lb. of nitrogen per acre is substantial, but the company would like to see that number increase and expects the product to evolve in the future. Pivot Bio wants to partner with farmers to establish more trials in 2018 and plans to use On Technology soon in other crops such as wheat, sorghum and rice.

“We’re excited to connect with anyone who wants to develop something that helps transform nutrient management,” Temme says. “On Technology will be beneficial financially by reducing potential nitrogen loss and increasing efficiency—all while complementing good stewardship.”

Nitrogen Management is a Year-Round Commitment

When and how you apply nitrogen is a decision that revolves around efficiency and stewardship. “This is the time to sit down with your retailer, look at your cropping systems and see what will be best for you when it comes to spring versus fall-applied nitrogen,” says Tom Fry, sales manager of premium products with The Mosaic Company. “The decision is a function of multiple factors—cropping systems, typical fall and spring soil conditions, the market and logistics.”

What fall applications can offer in potentially lower prices and more favorable weather can be for naught. “Every study I see shows spring-applied nitrogen results in better yields than fall application,” says Darin Lickfeldt, Verdesian senior technical development manager. “You stand to lose nitrogen by volatilization, leaching or denitrification. Applying 100% of nitrogen in the fall is a risky business that relies on hope, not science.”

Nitrogen loss should be top of mind year-round, and the most sustainable way to apply nitrogen is in multiple passes.

“If you apply 150 lb. of nitrogen as urea and lose one-third of it with a spring application, let’s say that’s $20 per acre with current urea costs,” Lickfeldt says. “If it costs about $5 per acre to run a sidedress rig across of the field, you’re still money ahead to apply a second time versus save a trip.”

Take that same concept and compare it with your actual machinery costs—if it’s less than $20 per acre you’re money ahead to sidedress. You can also compare what it cost to run across the field a second time with a nitrogen additive that will keep it safer in the soil longer—if the additive is more than $20, sidedressing might again be the better option.

“We encourage farmers to start planning now with soil sampling to get a baseline on phosphorus and potassium,” Fry says.

To make sure you don’t apply too much lime, consider how in-season applications can cause temporary acid swings in pH.

Weigh your options now when considering nitrogen timing. The right or wrong choice is critical to nutrient availability and ultimately your success.

The U.S. Geological Survey (USGS) has released a worldwide map that details croplands in high resolution in an ongoing... read more

While the vast majority of corn has been harvested, there are still some fields that have not seen the... read more

The European Union will widen a ban on pesticides linked to harming bees, a move that could threaten... read more

Soybean prices received support with the release of the October crop production report. The lowering of harvested acreage for... read more