China continues to deal with an outbreak of African swine fever. Two new cases of A.S.F. have been reported in Yunnan Province in Southwest China. That’s the first cases of the disease in that key pork consuming part of the country. So far, the world’s largest pork producer has culled 200,000 due to the outbreak. That number represents only a small part of the 700,000 million pigs processed every year for food consumption.

Nearly half a million more cattle were added to feedlots since August last year. According to the latest USDA Cattle on... read more

Canada's Beef Checkoff Set to More Than Double to $2.50

By the end of 2018 all cattle producers in Canada will pay a national C$2.50 beef checkoff per animal sold.... read more 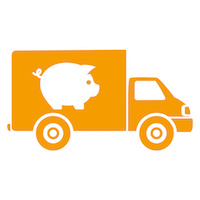 Pork producers are optimistic about the future and for good reason. In a short one-and-a-half years, the industry has increased... read more

Anthrax has been confirmed in the death of a dozen cattle in South Dakota. Eight cows died suddenly last week... read more

April exports of U.S. pork, beef and lamb were sharply higher than a year ago in both volume and value,... read more