Pork exports continued to be impacted by retaliatory duties in China and Mexico, according to data released by USDA and compiled by the U.S. Meat Export Federation (USMEF). Beef exports cooled from the record results posted in August, but were still significantly higher year-over-year. Pork muscle cut exports improved over last September’s volume, but were offset by sharply lower shipments of pork variety meat.

September pork export volume was down 2 percent from a year ago to 179,423 mt, while export value fell 7 percent to $470.2 million. Pork muscle cuts were 2 percent higher than a year ago at 146,542 mt, but value still declined 3 percent to $397.6 million. September variety meat exports dropped significantly in both volume (32,881 mt, down 18 percent) and value ($72.6 million, down 21 percent). For January through September, combined pork and pork variety meat exports were 1 percent above last year’s record pace at 1.81 million mt and 2 percent higher in value at $4.79 billion. For pork muscle cuts only, exports increased 6 percent from a year ago in volume (1.46 million mt), valued at just under $4 billion (up 3 percent).

September exports accounted for 24.8 percent of total pork production, up from 23.6 percent a year ago. For muscle cuts only, the percentage exported was 21.8 percent – up two full percentage points from last September. For January through September, pork exports accounted for 26.1 percent of total production, down from 26.5 percent last year, but the percentage of muscle cuts exported increased from 22.1 to 22.7 percent. Export value per head slaughtered was down 1 percent from a year ago in September ($48.72) and for January through September ($52.46).

“With a full quarter still to be reported, beef export value records are already being surpassed in some markets and global value is on track for $8 billion by year’s end,” said USMEF President and CEO Dan Halstrom. “Pork exports have also held up relatively well, but unfortunately the obstacles U.S. pork faces in China and Mexico are putting a lot of pressure on export value.”

Korea, Latin America continue to shine for U.S. pork
September pork exports to South Korea increased 33 percent from a year ago in volume (12,486 mt) and 30 percent in value ($33.6 million). Through September, exports increased 43 percent in volume (172,022 mt) while export value climbed 48 percent to $489.2 million – already topping the 2017 year-end total of $475 million. U.S. share of Korea’s total pork imports has increased dramatically this year, from 31 to 35 percent, even as imports also trended higher from most of Korea’s main suppliers.

Pork exports to South America continued to gain momentum in September, led by strong growth in Colombia and Peru and a rebound in exports to Chile. Through the first three quarters of the year, exports to the region were 27 percent ahead of last year’s record pace in volume (92,252 mt) and 22 percent higher in value ($227.9 million).

With steady growth in mainstay markets Honduras and Guatemala and sharply higher shipments to Panama, El Salvador, Nicaragua and Costa Rica, January-September exports to Central America increased 20 percent in volume (58,756 mt) and 17 percent in value ($138.7 million). This region is also coming off a record year in 2017.

Exports to the Dominican Republic have already broken the records set last year, with volume climbing 35 percent to 32,859 mt, valued at $71.6 million (up 29 percent).

Other January-September results for U.S. pork exports include:
Exports to Japan increased 2 percent year-over-year in both volume (295,346 mt) and value ($1.22 billion). This included a 2 percent decrease in chilled pork volume (155,395 mt) while value held steady at $750 million. U.S. share of Japan’s total imports has held relatively steady this year at 35 percent. But with CPTPP set to enter into force Dec. 30 and with the Japan-EU Economic Partnership Agreement also on track to be implemented in the coming months, U.S. pork will soon face significant tariff disadvantages in its leading value market.

Despite a fourth straight month in which shipments were below last year’s level, exports to leading volume market Mexico remained 1 percent ahead of last year’s record pace at 589,235 mt. Export value, however, has felt intense pressure from Mexico’s retaliatory duties, dropping 8 percent to $1.01 billion. Canada’s January-September exports to Mexico were up 20 percent to 93,346 mt (valued at $126.5 million, up 25 percent). EU exports also surged to Mexico in July (1,809 mt, up 747 percent) and August (2,343 mt, up 733 percent) and are expected to continue gaining momentum as Spain, Denmark and Germany take advantage of Mexico’s recently implemented duty-free pork quota.

Animal health officials in Texas have confirmed the presence of bovine tuberculosis (TB) at a dairy located in the Panhandle... read more 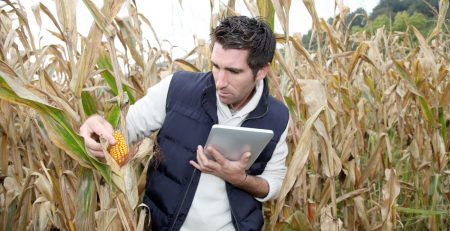 An excellent growing season resulted in record yields and good quality for the 2017 corn crop, according to the U.S.... read more