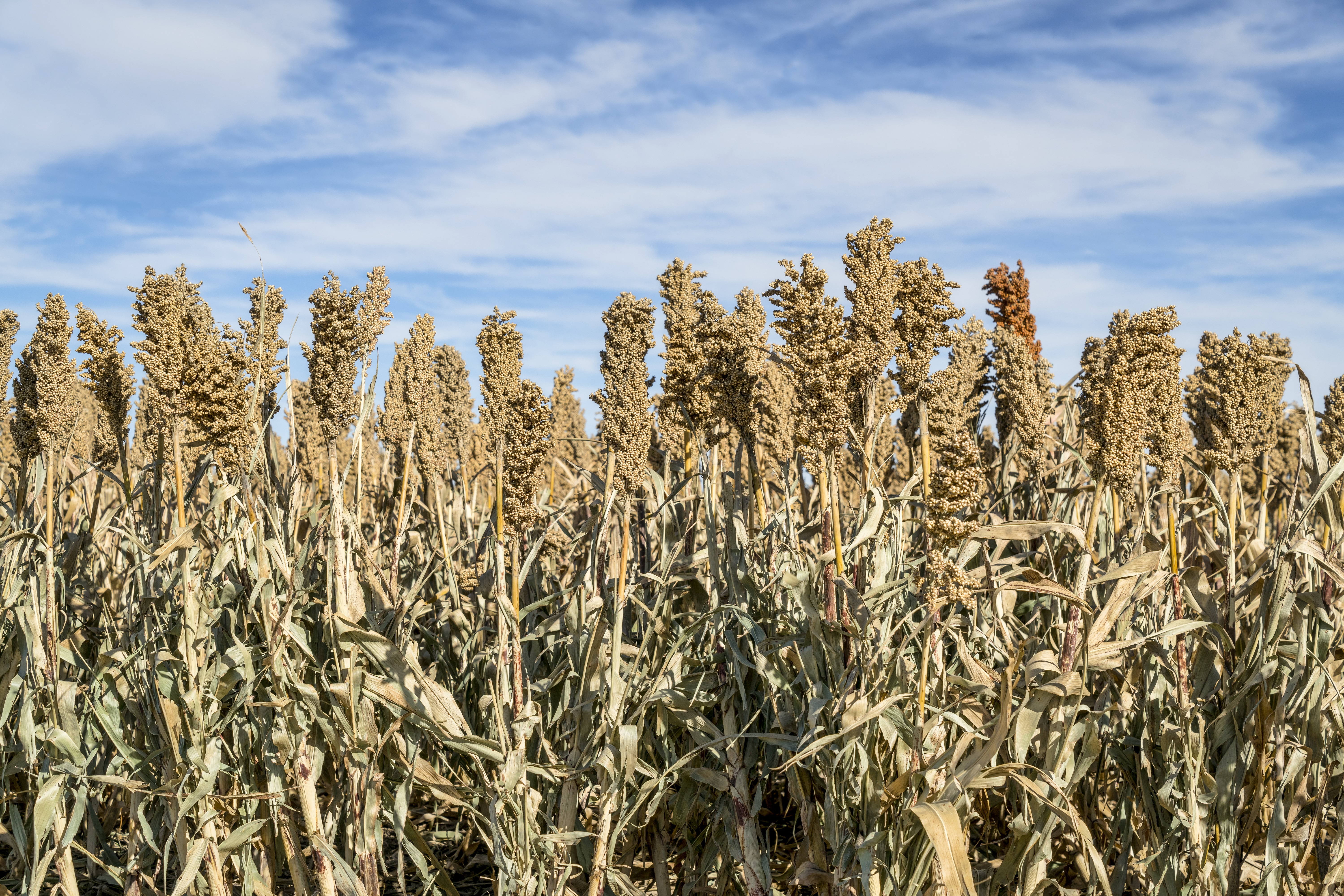 Sorghum demand and basis are strong, and many farmers are considering planting more of the crop in 2018. The United Sorghum Board (USB) expects a total of 6.7 million acres, an increase of 1 million acres—a 17% hike—from 2017 levels.

“Sorghum recently hit the 1 billion bushel mark in exports to China,” says Brent Bean, USB agronomist. “The export market has remained strong for the past two to three years. We expect the mid-South and even mid-Atlantic states to grow more sorghum this year.”

If you’re planting sorghum for the first time or for the first time in years, consider the agronomic advantages and disadvantages compared with corn and soybeans.
“The biggest difference in production costs between corn and sorghum is seed,” says Kraig Roozeboom, Kansas State University agronomist. “Even when gross returns on sorghum might be less, input costs are dramatically reduced.”

Sorghum costs from $7.50 to $14 per acre depending on seeding rate, while corn is typically around $100 per acre for seed. Depending on how early you plant sorghum, its ability to tiller (unlike corn or soybeans) could make up for lower seeding rates or poor emergence.

“Sorghum needs 55°F to 60°F soil temperature, similar to soybean planting time,” Roozeboom says. “It will tiller more when planted early in cooler soils and less when planted later in warm soils. It can be planted as late as June depending on frost.”

Sorghum provides additional advantages beyond input savings, according to Bean. These include:

Tillering allows it to compensate for poor initial stands or skips and to provide for higher yield when weather conditions are good.
It’s more drought tolerant than many other crops and responds well to water.
Sorghum works great in rotation with other crops—cotton, soybean and corn yields have all been shown to be higher when following sorghum.
Stalks make for excellent grazing for cattle or as residue for ground cover after harvest.
Watch for weed and insect pests and don’t ignore plant nutrition. Sorghum is not Roundup Ready and has limitations on herbicide application. In addition, sugarcane aphid is an especially tricky pest with which corn and soybean farmers are unfamiliar. Select hybrids that display sugarcane aphid resistance and be sure to scout for the pest.

Bean says farmers need to plan weed control in advance. “You have to use an effective pre-emergent with residual since post options are far fewer than corn and soybeans.”

You’ll have options for hard-to-control broadleaves such as waterhemp and Palmer amaranth, he adds, but grasses could prove tricky because the herbicides that kill grasses kill sorghum. If you can protect fields from weeds until they reach canopy, you’ll be in good shape, which is one reason some experts recommend narrower rows.

“If you can go with narrow rows, say 15″ or use a drill, there is a lot of data that says you have the opportunity to capture more yield provided you have adequate rainfall,” Roozeboom explains. “Narrow rows tend to close the canopy sooner and potentially suppress weeds better than wider row spacing.”

Take into account sorghum does have fertility needs. “We recommend 1.2 lb. per bushel for nitrogen, the same recommendation as corn,” Bean says. “The difference is in yield, where corn might yield 200 bu. per acre sorghum is probably more like 160 bu. per acre in the same field, so the overall need for nitrogen is less.”

If you’re on new ground or unsure of your nutrient levels, take a soil test to make sure you’re not over- or under applying nutrients.
Get the most out of sorghum by taking advantage of its strengths while compensating for weaknesses.

The President says he expects to put more tariffs on imports from China. The President also told "The Wall... read more

This year’s Super Bowl between the third and fourth best teams in the NFL was a yawner. It did,... read more

Commodity prices have been low and trading sideways, and 2017 wasn’t a great year for most farmers. Last month,... read more

Corn and soybeans are in better shape this year than during the same week in 2017, according to the... read more